Oregano is sometimes also referred to as false marjoram and is one of the most important herbs in Mediterranean cuisine. The leaves of the perennial perennials are particularly flavorful for pizza and pasta. Oregano is used fresh or dried and is harvested before flowering. The herb, which belongs to the mint family ( Lamiaceae ), is perennial, easy to care for and hardy. You can easily plant oregano in pots, in herb spirals, in raised beds or in the garden from the end of Mayharvest well into the fall. From July, a large number of pink to purple flowers appear on the oregano, which serve as a valuable source of food for butterflies, bees and bumblebees. Thus, oregano is a plant for the natural garden, which can be harvested regularly and at the same time benefits the insect world.

Origin: Central Europe
Flower colours: light pink to purple
Flowering period: July to September
Special features: Oregano is a herb and a rock garden perennial at the same time. With low demands on the soil and care, the shrub is perennial and can multiply by self-sowing under ideal conditions. Some varieties can only be propagated by cuttings. A special feature is the golden yellow oregano with striking yellow leaves. The spicy-smoky, peppery to hot aroma, which can taste slightly bitter, is characteristic of the Echte Dost.

In which location does oregano feel most comfortable?

Oregano prefers a very sunny site with well-drained soil. Calcareous, stony soils that store heat and are never waterlogged are well suited. As a typical Mediterranean herb, Origanum vulgare grows best in rock gardens, on tops of walls or near house walls. The optimal pH for oregano is 7.5. The weak feeder tolerates dry soil rather than locations that have too much humus and nutrients and store a lot of water. With oregano in a pot, it is also important that you sand the potting soilmix to ensure optimal conditions for the herb. With mixed plantings, make sure that the herb is only combined with plants that have similar soil and moisture requirements. Good partners for oregano are savory, thyme, rosemary and sage. In the short term, oregano can be kept indoors as a houseplant and used fresh. However, a longer stay in the room is unsuitable for the perennial.

Fact: Basically, the warmer and sunnier the wild marjoram is, the more intense the aroma.

How is the cultivation of oregano?

False Marjoram can be purchased as a plant, propagated by division, or cultivated by seed propagation. You can buy the oreganum seed or harvest it in your own garden. The seed is sown in spring in what is known as a preculture and requires temperatures of 16 to 20 °C to germinate. It is important that you do not cover the seed with potting soil, because oregano belongs to the group of so-called light germinators. The seed trays or pots with potting soilshould stand in a bright, warm place and after 10 to 15 days the first seedlings will be visible. After another 2 to 3 weeks you can prick out the young plants. Here you plant several young plants in a larger pot. Under optimal cultivation conditions, the herbs develop within 4 to 6 weeks and can be planted outdoors from mid-May.

How do I plant my oregano in the garden?

Planting oregano from April to September is ideal. Before planting, loosen the soil thoroughly and remove all weeds. In the case of heavy clay soil, working in sand and gravel before planting is essential. It is important that Origanum vulgare stands on well-drained subsoil and that there is never standing water. Use some organic potting soil or organic herbal soil for planting. This gives the herb the best start. With a dose of natural fertilizerencourage growth and soil life. Avoid using mineral fertilizers. Compost or organic fertilizer will suffice as oregano has very low nutrient requirements.

How do I plant oregano in pots, window boxes, raised beds, herb spirals?

Oregano is an easy-care herb that is best cultivated in pots, balcony boxes, raised beds or herb spirals. Important when planting Dost in containers is:

The location of the containers must be in full sun, but also protected from wind and rain.

How do I properly care for my oregano?

After planting, it is important that you water the herb as needed. This means that watering is only necessary in phases without significant precipitation. Watering is important until the perennial has established itself at the new location. In the following years, watering is only rarely necessary. Regular pruning from the end of May will give you the compact form of the perennial and new leaves will be continuously formed. Without pruning, the lamiaceae quickly form a large number of flowers. If this is desired, the pruning of oreganum can be dispensed with. A pruning in autumn is not necessary, because the shoots serve as natural winter protection. Ideally, remove the dry stems and leaves after winter. In severe frosts, you can lay some brushwood over the herb to protect it and mulch the bottom with well- rotted compost.

How do I water my oregano properly?

In the first year after planting, it is important that you water your Origanum vulgare as needed. This means that you water the herb once or twice a week during non-rainfall periods. In this way, the herb quickly develops into a robust plant. Once the herb has adapted to the location, watering is usually no longer necessary. You have to water oreganum in a pot or balcony box occasionally, because in contrast to specimens planted in the ground, the herb only has a limited volume of soil available. However, oreganum is very frugal and tolerates dry phases well.

How do I harvest and use my oregano properly?

From May you can harvest oreganum. You can either cut off the young shoots with scissors or pick the leaves by hand. Oreganum is very vigorous and provides a large number of fresh, aromatic leaves from May to October at the optimum location. If the growth is good, you can cut off the whole shoots about 10 cm above the ground. Tie the bunches of herbs together loosely and hang them up to dry in a warm place that is protected from the rain.

Origanum vulgare has the strongest seasoning when it is in full bloom. Trivia: Prune oreganum just before flowering delays flowering and lacks it as a food source for insects. One option is to cut back only part of the herb and leave part as bee pasture.

Fresh: Many dishes can be flavored with fresh oregano.

Drying: Oregano sprigs dry well in the air. After a few weeks, you can tear the leaves off the stems and store them in jars in an airtight container.

To freeze: Place oregano leaves in ice cube trays and fill with water. After freezing, the leaves can be removed in portions.

Pickling : Oregano leaves release their essential oils well in oil. Place parts of the plants (individual leaves or whole shoots) in bottles and cover them completely with a tasteless oil (e.g. sunflower oil or rapeseed oil). The oil is good for frying or marinating and for salad dressings.

Which pests and diseases can occur on oregano?

The spice herb is extremely robust and is rarely attacked by harmful insects, caterpillars or diseases. It is important that the oregano is planted in the optimal location and that waterlogging is avoided. Potential problems with Origanum vulgare can include:

Origanum vulgare is usually infested with lice in the room. Cut back the plant and discard the affected shoots. Strengthen the herb with organic plant treatment. The plant’s own immune system is strengthened in a natural way and the spread of pests and fungal infestation is reduced. Outdoors, lice rarely appear on false marjoram.

How are oregano and marjoram different?

Are there different types of oregano?

In addition to the well-known species with dark green leaves, there are varieties of oregano that are light green or white-green. The varieties are almost identical in care and use. Gold oregano does not tolerate blazing sun and is more suitable for partial shade.

How often can oregano be harvested?

With regular harvesting and pruning, a harvest is possible from May to October. The pruning prevents flowering and there are always young shoots on the hardy plant. The frequency with which you can harvest Origanum vulgare depends on the amount you harvest.

Which plants are suitable for combining with oregano?

All species that prefer a sunny location are optimal. With its upright growth and delicate flowers, the false marjoram can also be planted in perennial beds as well as vegetable and rock gardens.

Can oregano self-seed in the garden?

The spice plant can sow itself at the right location. If this is not desired, cut back the plant before flowering.

How is Origanum vulgare propagated?

The herb can easily be propagated by cuttings . The best time to do this is early spring or late summer. Use sharp scissors to cut off the cuttings, they should not have flowers. The young plants develop optimally in seed trays or in a seed set with a transparent cover. After 3 to 4 weeks the first roots have formed and the young plants can be repotted in pots with potting soil. Large plants can also be propagated by division. This can be done in spring or autumn. Plus, it’s just oregano by seedto multiply. Note that oregano belongs to the group of light germinators and therefore you should never cover the seed with potting soil. 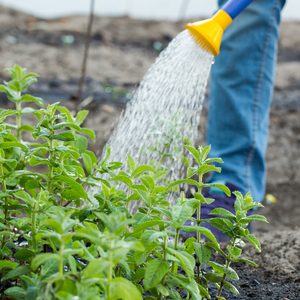 Planting and harvesting mint — learn all about the classic

Mint is a classic aromatic plant that is mainly used to flavor tea, cold drinks or desserts. In addition to the well-known peppermint, there is a very… 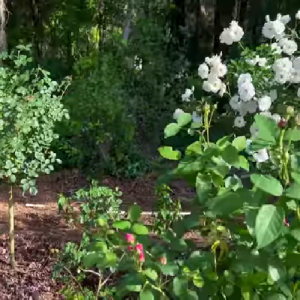 Lemon Verbena — learn all about the lemon shrub 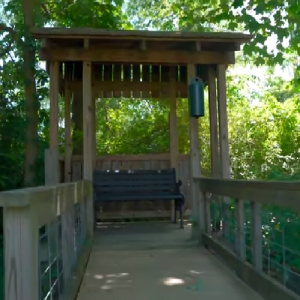 Planting and caring for lavender

With its wonderfully fragrant flowers, lavender is a classic that should not be missing in your own garden. The characteristic fragrance experience brings back memories of Provence….